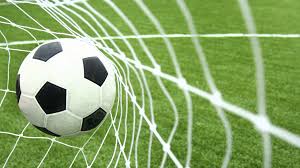 Betting Over/Under is another one of the most common ways to bet on football games. The essence of this strategy is to make a bet that there is going to be a certain amount of goals scored in a particular game.

For example: if Chelsea face Arsenal in the Premier League, you could make an Under 2.5 bet. This means that you’d expect to see no more than two goals total scored in the match.

And the opposite: if you make an Over 2.5 bet, then you’d expect to see at least three goals scored by the teams in question.

Whatever you choose, it doesn’t matter which team is going to the win the game. You only care about the amount of goals being scored.

What we mean by specifics? Well, some matches are expected to have less/more goals than other. That’s why you must have an individual approach to every one of them.

For example: In some leagues there are more goals scored than other. And in the same way – some teams score/concede more than other teams. Our tip to you is to make a good research to every game/team and see what’s going on. Many bettors prefer the Under/Over bets because they don’t have to guess the final outcome of the match. Sometimes this is a big plus.

This is a rather quick explanation of the Under/Over method of betting. Like any other else, it has some specifics, but we are sure that you’d get pretty good with time. Trust your guts and make solid researches of the matches and the teams. You will be okay.